Ever since I’ve read Poor Economics by Abhijit Banerjee and Esther Duflo, I’ve been an admirer of Pratham, an NGO that works towards the provision of quality education to underprivileged children in India. The methods adopted by Pratham as described in the book seemed highly rational to me and I was inclined to learn more. Hence, when I visited Semantics3’s Bengaluru office this summer, I took the opportunity to have a look-see myself and signed up for a site visit via prathamusa.org.

On the 14th of July, a few of my colleagues and myself made the trip to Pratham’s offices in Chikkajala, a little town 45 minutes away from the heart of Bengaluru city. The trip lasted ~6 hours and although I had to take some time off from work, it was well worth the time investment. I left with several useful insights, five of which I would like to pick out in the rest of this article.

First, I noticed that nearly all the employees of Pratham whom I’d met took great pride in their work. The staff members were keen to share with me their teaching techniques and show me the unique teaching props that they had built; this made for a rather interesting conversation, even though I don’t speak Kannada, the local language. Turns out that Pratham, or this particular branch atleast, has a hiring process that optimizes for drive as much as ability. Having seen NGOs, and for-profits for that matter, where the drive of upper management and donors doesn’t always percolate to the entire organization, this was quite pleasant to witness.

Second, some of the challenges explained to me seemed simply mind-boggling. One of the schools had several students who were children of migrant workers who had recently moved to Karnataka for work from other Indian states. These students do not speak Kannada, and yet sit in a classroom where the mode of instruction is foreign to them. Teachers can’t be expected to know all of the 22 official languages in India, never mind the hundreds or so dialects, so these students inevitably fall behind and stay behind. 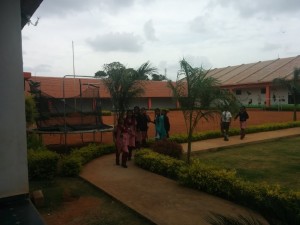 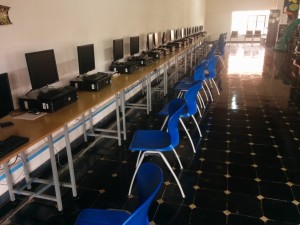 Fourth, I really enjoyed the fact that quantification lies at the heart of Pratham’s work. When we made the trip to a nearby public school, I had a chance to glance at some of Pratham’s progress reports; the students of this school were being transparently evaluated on a near weekly basis to track progress using very intuitive metrics. For instance, students with weak math skills were bucketed based on whether they could recognize the numbers 0-9, 10-99 and finally, 100-999; this allowed the teacher to tailor tasks based on the capability of each student and lowered the risk of any single student falling behind. 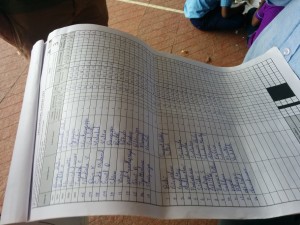 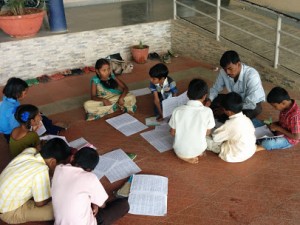 Fifth, I learned that the one-size-fits-all approach of traditional schooling is particularly detrimental in India, where the diversity of economic, social and linguistic backgrounds in each classroom inevitably results in some children being left behind. Teachers, well-intentioned or otherwise, are aware of this choice, but it seems as though they are neither incentivized nor have the resources to do anything about this. Amidst these unfortunate circumstances, it helps to have external organizations with the resources and personnel to tackle the problem from a different angle. This certainly doesn’t seem like a permanent solution, but I guess it’s a fool’s wish to desire an elegant formulaic solution to a problem as complex as education in India.

I quite enjoyed this trip. I am aware that, as with my internship at Hand-in-Hand, such indulgences satisfy my curiosity at the cost of drawing NGOs’ limited resources away from pressing work; the only way to justify the net ROI on social good is if this leads me, or those who accompanied me on the visit, to take lasting steps. For now, I’ve begun a monthly recurring donation to Pratham as part of my plan to give away a fixed percentage of my monthly income to organizations doing compelling work. Time will tell if this leads to something larger.